Prof. Fenyk thus was the voice of  „Europe“  in the WCCJ Bureau Meeting. The forum that took place on February 8, 2019 in Dominican Republic. Participating in were the members of the WCCJ Bureau from constitutional courts of various countries representing different regions and languages. The meeting was opened by a welcome speech by the President of the Dominican Republic Danillo Medina addressed to the heads of delegations from 14 members of the WCCJ Bureau, at the Presidential Palace, Santo Domingo.

The Bureau approved the questionnaire and concept paper on “Peace and Constitutional Justice”– the deadline for replies by Member Courts is 15 September 2019. The Questionnaire has been distributed among the member Courts recently via WCCJ Secretariat,

Finally, a sorrowful news. The WCCJ Bureau held a moment of silence to honour Mr Mourad Medelci, President of the Constitutional Council of Algeria – the 5. Congress host, who passed away on 28 January 2019. 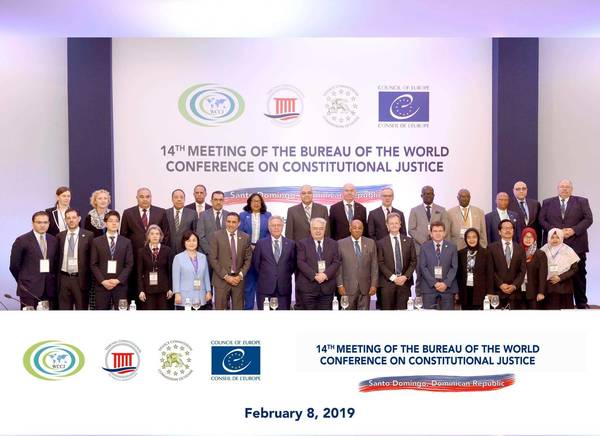 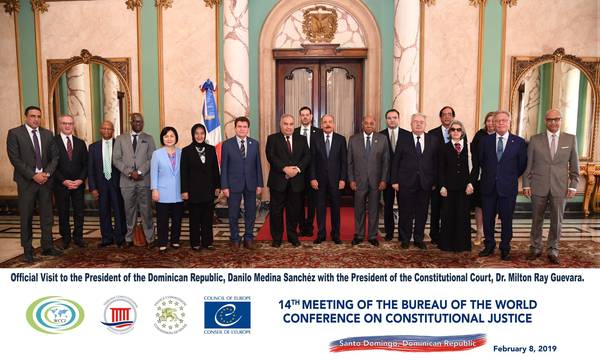